Fed Holds Off on QE3 Tapering 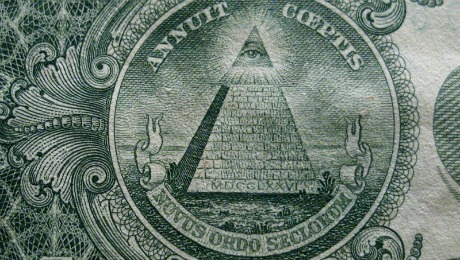 After a two-day policy meeting, the Federal Reserve announced Wednesday it would not be tapering its $85 billion a month bond buying plan known as QE3. This is welcome news to many industry professionals and consumers, as the tapering of mortgage-backed securities would likely have resulted in higher mortgage rates.

The decision to hold off on QE3 tapering had to do with the economy’s continued room for improvement, despite recent gains in household spending and labor market conditions. A statement from the Fed stated the following:

“Information received since the Federal Open Market Committee met in July suggests that economic activity has been expanding at a moderate pace. Some indicators of labor market conditions have shown further improvement in recent months, but the unemployment rate remains elevated. Household spending and business fixed investment advanced, and the housing sector has been strengthening, but mortgage rates have risen further and fiscal policy is restraining economic growth. Apart from fluctuations due to changes in energy prices, inflation has run below the Committee’s longer-run objective, but longer-term inflation expectations have remained stable.”

Through in-depth analysis of several economic indicators (unemployment, real estate, job growth, etc.) the Fed came to the conclusion that continuing with the QE3 program would be beneficial. Basically, the Fed based its decision on the fact that, while several key market factors have improved, the U.S. economy still has a few hurdles to clear before tapering makes sense. In other words, the Fed is choosing to hold off until the economy can handle a situation where fewer government bond purchases take place.

Although the economy has made significant gains over the last few years, the Federal Open Market Committee is playing it safe, waiting for “more evidence that progress will be sustained before adjusting the pace of its purchases.”

How Does This Affect Mortgage Rates?

Before the announcement, when there was still talk of the Fed cutting back its bond purchases, mortgage rates were poised for a jump. This is due to the fact that banks base their interest rates partially on whether or not the Federal Reserve will “buy” the mortgages associated with them. When banks are unable to “sell” mortgages (and thereby reducing their level of risk), the interest rate goes up.

Now that we know the Fed is going to continue with their purchasing plan, lenders are more likely to keep their rates steady (or possibly even bring them lower). This could be great news for anyone about to enter the mortgage market with a new home purchase or refinance.

Where Can I Get More Info?

So Is Now A Good Time to Lock in a Mortgage Rate?

We’re beyond seeing the rock-bottom rates of last year, but news like this is certainly a good sign that rates may not rise dramatically in the near future. If you’re considering purchasing a home or refinancing an existing mortgage, now could be a great time to do so. You may even be able to wait another month or two and still secure a low rate; however, waiting too long can be risky. If you’re ready to take out a mortgage, and you can qualify for a low rate now – why wait?

It’s impossible to say exactly when rates will rise (or fall), but economic conditions have a major role in rate volatility. When economic conditions remain fairly stable, interest rates generally do too. Now that we know the Fed is going to keep on with their quantitative easing, it’s less likely rates will spike – but that doesn’t mean there aren’t other economic factors at play. Talk to your mortgage advisor for more information on getting a low rate and advice on when to lock in your rate.