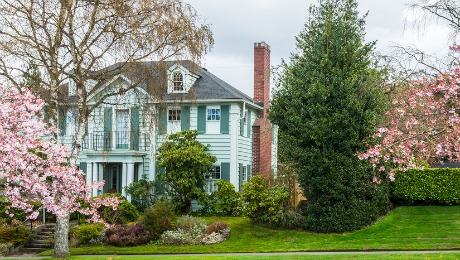 West Virginia has a lot to offer, from beautiful scenery to ample recreational opportunities to high-rated schools. But one of the latest distinctions West Virginia has earned speaks volumes about its real estate and local economy. According to recent information released by the National Association of Realtors (NAR), the Mountain State has the highest homeownership rate of all 50 U.S. states.

According to the West Virginia Department of Commerce, the average price for a home in the state is 38.5 percent lower than the national average and one third the price of homes in the Washington, D.C. area. According to Sperling’s Best Places, the overall cost of living in West Virginia is ranked at 86 (the rankings are based on the U.S. average of 100). An amount below 100 means the cost of living is lower than the national average.

The affordability of real estate in West Virginia seems to be holding strong. Even with recent increases in home prices and slight upticks in mortgage rates, home sales in West Virginia have gone up. According to information from Zillow, total home sales for August were 25 percent higher than the month prior and 25.8 percent higher than the amount of homes sold in August 2012.

Are you considering a move to West Virginia? Here are a few more interesting facts that might help you make up your mind: