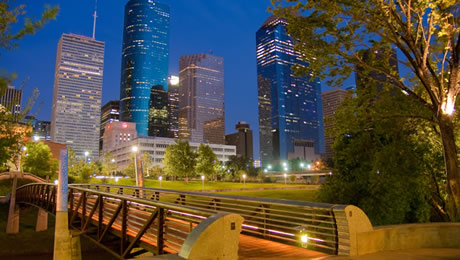 The National Association of Homebuilders announced that from October 7th on, the agency will no longer track and publish statistics for its Improving Markets Index. Instead the NAHB will replace it with the new LMI-Leading Markets Index. The new move will focus attention on U.S. housing markets that have been identified as those that are either nearing or surpassing their previous levels of economic prowess.

The new gauge will measure single-family building permits, home prices and employment. After the three components are recorded, they will then be contrasted to the last time they were deemed both “normal and sustainable.” In all, over 350 metro markets will be analyzed for the purpose of the new index. According to a recent press release issued by the NAHB. “A comparison of individual markets will be calculated, as well as an overall national number.”

How the Data is Measured

The three chief components will be totaled and averaged to determine how the end figure compares to the metro area’s last recorded period of normalcy as it relates to all three areas measured. Scores above 1 will indicate that the market in question is exceeding its previous healthy level, which is noted as a “sustainable level of economic activity.” That score will then be compared to the national index to see how the given metro area is faring when equated to the nation as a whole. Please note that when a city registers an index value higher than the national rate, it will likely also be surpassing its former period of normal economic growth.

To understand exactly how scores are computed, it helps to know that all three components are, “calculated by taking the average permit, price or employment number for the past year and dividing it by its annual average over the last period of normal growth.” The 3-year length of time from 2000 through 2003 is used as the measuring stick of normalcy to analyze home prices and single-family building permits. For the employment section, the years prior to 2007 are used to gauge progress. Again to reference the NAHB press release, which formally explains the process: “Permits and employment are divided by population in the current and normal period to account for growth that did take place. The three components are averaged to provide a score for each market.”

Since the index is scheduled for publication on the 4th working day of every month, unless that day falls on Friday, when it is then moved to Monday, the first and most recent report came out on Monday, October 7th. Here’s a look at those results:

From the 350 metro areas analyzed, 52 were reported to have either returned to or exceeded the levels experienced prior to the economic downturn. The Leading Markets Index or LMI, posted a national score of .85. As interpreted by the NAHB analysts, the current score shows that overall, the U.S. is on back on track with 85 percent normal activity in regard to employment statistics, housing permits, and home prices.

Among the country’s major metros showing significant gains were Baton Rouge, LA, Honolulu, HI, Houston, TX, Harrisburg, PA, and Oklahoma City, OK. The NAHB was happy to note that in those cities, the housing markets are better than the earlier norms. In fact, Baton Rouge scored 41 percent above its normal market standard!

Of the cities that showed marked improvement, 43 were the smaller metro areas. Small cities with the strongest scores were Casper, WY, Bismarck, ND, Florence, AL, and two TX cities.In both Odessa and Midland, TX, their LMI’s revealed that their housing markets are twice as strong as they were before the recession.

The NAHB Chairman, who is Rick Judson, a Charlotte, NC home builder, observed, “This index helps illustrate how far the U.S. housing recovery has come, and also how much further it has to go as we continue to face some significant headwinds in terms of credit availability, rising costs for lots and labor, and uncertainties regarding Washington policy making.”

Finally, out of all 350 metros, 118 clocked in with activity averages, which included all 3 categories, at a minimum of 90 percent above their previous norms. One of the LMI’s co-sponsors, Kurt Pfotenhauer of First American Title Insurance Co., reflected, that this is “a very encouraging sign of things to come.”