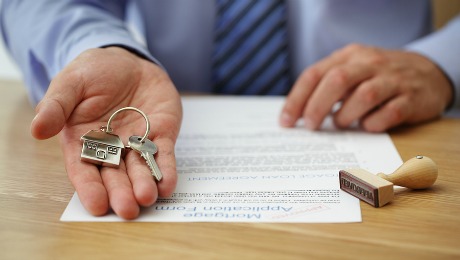 Every week, the Mortgage Bankers Association (MBA) releases its Mortgage Application Weekly Survey, which charts the level of mortgage application activity for more than 75 percent of all U.S. retail residential mortgage lending. Respondents to the survey include mortgage bankers, commercial banks and thrifts.

According to the latest survey The Market Composite Index, which measures mortgage loan application volume overall, declined 0.4 percent on a seasonally adjusted basis for the week ending September 27, 2013. On an unadjusted basis, the index decreased 1 percent from the previous week.

The share of mortgage refinance activity jumped to 63 percent of total applications, the highest level since August 2013, from 61 percent the week before.

The adjustable rate mortgage (ARM) share of activity dropped to 6 percent of total applications. Average contract interest rates decreased across the board, which is great news for anyone looking to finance a home or refinance their mortgage soon.

Rates May Be Dropping Week-to-Week

Despite reports of mortgage rates being on the rise, the MBA gives us proof that rates may actually be dropping (albeit slightly) from week to week. According to the MBA, the average contract interest rate for 30 year fixed rate mortgages (FRMs) with conforming loan balances ($417,000 or less) decreased to 4.49 percent from 4.62 percent the week prior. This is the lowest rate reported for 30 year FRMs since June 2013.

Signs are good for the refinance market right now, as rates seem to be dipping lower. Also, as home values continue to rise across the nation, more homeowners may be finding themselves in a better position to refinance, as they may now have more equity to work with.

Keep in mind that the mortgage rates published on this post reflect averages from the MBA’s weekly survey and do not necessarily reflect the current mortgage rates offered by eLEND.

For a free rate quote and mortgage consultation, please call (800) 634-8616. A mortgage expert from eLEND can give you the most accurate and up-to-date rate information for a variety of mortgage programs.