Remodeling Index Increases for Second Quarter in a Row 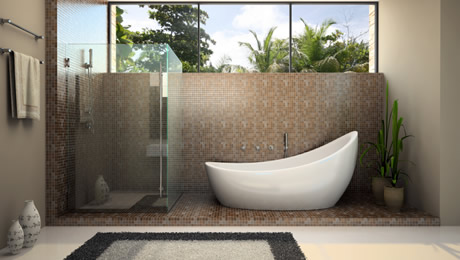 The National Association of Home Builders (NAHB) tracks data for a variety of real estate and home construction-related topics through various surveys and index reports. The NAHB’s Remodeling Market Index is one such report, offering insight into the home remodeling industry from surveys completed by those employed in the trade. The results of these surveys are translated to an index, where the state of home remodeling is charted on a scale from 1 to 100. The latest Remodeling Market Index (RMI) was released in October. According to the NAHB, the RMI continued to climb at a modest pace in the third quarter of 2013 rising two points to 57, the highest reading since the first quarter of 2004.

An RMI above 50 indicates that more remodelers report market activity is higher (compared to the prior quarter) than report it is lower. The overall RMI is calculated by averaging two different ratings: ratings of current remodeling activity and indicators of future remodeling activity. The RMI’s current market conditions index rose from 54 in the previous quarter to 58, the highest reading since the creation of the RMI in 2001, driven partly by rising existing home sales, the NAHB reported.

So why are more homeowners remodeling now?

According to NAHB Remodelers Chairman Bill Shaw, the increase in remodeling activity is due to the fact that more homeowners have access to equity or other funds, allowing them to invest in home improvements that they may have been unable to afford before.

“The growth in home equity and home sales prompted home owners to remodel as they prepare to move or undertake upgrades that they put off during tough times,” said Shaw, who is himself a remodeler. “NAHB Remodelers looks forward to continuing our tradition of professional service and craftsmanship as the housing recovery makes progress.”

The current market conditions index of the RMI consists of three major components. According to the NAHB, all three of these components increased in the third quarter. Major additions and alterations increased from 51 to 55, minor additions and repairs from 55 to 58 and maintenance and repair from 57 to 59. The future market indicators component of the RMI remained unchanged from the previous quarter reading of 56.

Regionally, the RMI experienced two consecutive quarters of gains in the Northeast, Midwest and West. The RMI dipped slightly in the South during the third quarter after gaining five points in the previous quarter. Despite this small decline, the NAHB reports that all four regions of the U.S. were above 50 and higher in the third quarter than in the first quarter of 2013.

“In addition to existing home sales, which support remodeling activity as owners fix up their homes before and after a move, remodeling has benefited from rising home values,” said NAHB Chief Economist David Crowe. “This boosts home equity that owners can tap to finance remodeling projects. We expect existing home sales and house prices to increase, but at a slower rate over the next year, so the demand for remodeling services should also increase, but more gradually over that period.”

Visit www.nahb.org/remodel for more information from the NAHB on remodeling.