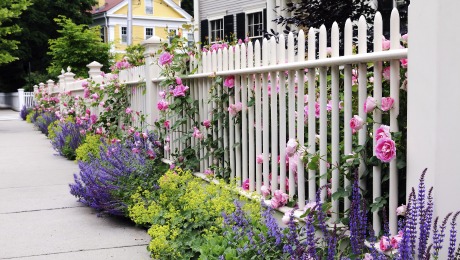 In early November, the U.S. Department of Housing and Urban Development (HUD) and the U.S. Department of the Treasury released the October edition of the Obama Administration’s Housing Scorecard. The scorecard is a comprehensive report on the nation’s housing market, evaluating the market’s overall state by comparing several key factors. According to a press release from HUD, the latest data show noteworthy progress across a number of market indicators as home prices, purchases of new homes, and existing home sales continue to show strong annual gains.

Despite these significant improvements, officials warn that the overall recovery “remains fragile.” Nevertheless, the U.S. housing market is continuing in the right direction as economic improvements and consumer sentiment build a more favorable climate for credit.

In addition to these improvements, the government programs designed specifically for affordable homeownership solutions such as HARP and HAMP appear to be making a huge difference in the lives of American homeowners who once were struggling. More homeowners who were once trapped with underwater mortgages or had difficulty making their payments on time are now getting back on track, thanks to the programs initiated by the Obama Administration.

“As indicated in the October housing scorecard, the Administration continues to work to stabilize the housing market and help responsible homeowners get back on their feet,” said HUD Deputy Assistant Secretary for Economic Affairs Kurt Usowski. “With homeowners’ equity at its highest level since 2007 and home prices increasing steadily, it is clear that we are moving in the right direction. As our housing market regains stability, it seems the time is ripe for private capital to begin taking a larger role in the housing finance system.”

The October Housing Scorecard features key data on the health of the housing market while also reporting on the impact of the Obama Administration’s foreclosure prevention programs. Results from the latest scorecard seem to provide evidence that the vision of Making Home Affordable is being successfully realized.

Here are a few more highlights from the October Housing Scorecard:

Also featured in the October Housing Scorecard is a regional spotlight on market strength in the Providence, RI area. Like many other markets across the country, the housing market and economic conditions in the Providence area are improving; however, the foreclosure crisis has taken its toll. According to the HUD press release, the Obama Administration’s “broad approach to stabilize the housing market has been a real help to homeowners in Providence and the surrounding cities.”

“As the housing market continues to strengthen nationwide, Providence is also showing signs of significant improvement,” said Usowski. “As this Regional Spotlight reports, from the launch of the Administration’s assistance programs in April 2009 through the end of August 2013, nearly 26,800 homeowners received mortgage assistance in the Providence metropolitan area. This is a step in the right direction but we still have much to do to repair the damage caused by unsustainable lending in Providence prior to the crisis, and to help the continuing recovery.”