Homeownership Rate Up Slightly According to Census Data 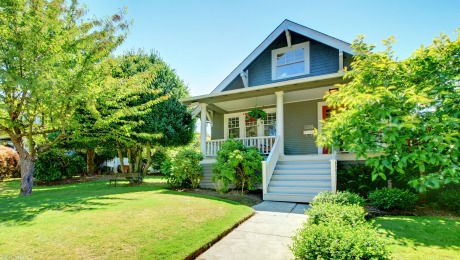 Information released by the U.S. Census Bureau in early November held more good news for the nation’s housing market. According to the agency’s information, the national rate of homeownership went up slightly over the third quarter of 2013.

Of course the news was met with both positive and negative explanations. Analysts from Capital Economics, the global, independent macro economics research firm responded to the news with this statement: “Today’s data could be interpreted as an early sign that mortgage buyers are finally beginning to make more of a contribution to the housing recovery and the eight-and-a-half year decline in homeownership rates may finally be coming to an end.”

Others directly involved with the U.S. housing market did not exactly embrace the Census Bureau’s news so favorably. Trulia’s chief economist, Jed Kolko observed, “Household formation was alarmingly slow and vacancies remain stubbornly high.” Even though the national rate of homeownership may be sluggish, the data from the Census Bureau shows that it is in fact up, although just marginally. The agency’s latest findings for the third quarter disclosed that the national homeownership rate stands at 65.3 percent. While this reflects an increase of 0.3 percentage points from the previous quarter, it is down by about 0.2 percentage points from 2012’s third quarter.

In examining the third quarter data, the homeowner vacancy rate was higher by 2.2 percent in the South, compared to the North where it was 1.5 percent. In the western region of the U.S. it was 1.6 percent and in the midwestern states it clocked in at 2.0 percent.

In looking at the country as a whole, during the third quarter, around 86.4 percent of the housing units in the nation were occupied. The percentage of homes occupied by property owners was 56.4. Third quarter analysis showed that 30.0 of the units were rentals and therefore occupied by tenants.

Units labeled as vacant year-round made up 10.2 percent of the total. Only 3.4 percent were designated for seasonal use. According to the most recent Census Bureau findings for Q3 of 2013, 2.8 percent of those vacant properties were available for rent. Another 1.1 percent was listed as for sale and 0.9 percent were rented but not yet occupied.

Finally, among the group identified as rental units, 5.5 percent were labeled as “held off the market.” Properties in this category are usually in some sort of transition. Owners most often hold units off the market for activity such as renovating or upgrading.

As for traditional homeownership rates, they are the highest in the Midwest at 69.6 percent. The South and the North come in a close second and third, with rates of 66.9 percent and 63.6 percent, respectively.

The Census Bureau report confirms that all four regions experienced increases over the third quarter.

A downside that the data brought to light was that compared to 1 year ago, household formation was 380,000, which is still well below historical norms of 1.1 million annually.

Again, Trulia’s chief economist, Jed Kolko commented on what these findings infer. He observed that the explanation behind the slower than usual formation of U.S. households could have something to do with that fact that, “The share of millennials living with their parents rose from 31.4 percent in 2012 Q3 to 31.6 percent in 2013 Q3, based on the raw Census data.”

According to Capital Economics, the rise in homeownership in the third quarter was mainly due to activity by older buyers. The firm also reported that  “ownership rates among under 35’s was more or less unchanged.”

Even with only slightly better numbers for the third quarter, most market watchers do believe that the prospect of going backwards is very unlikely.