Counties with the Highest Property Taxes 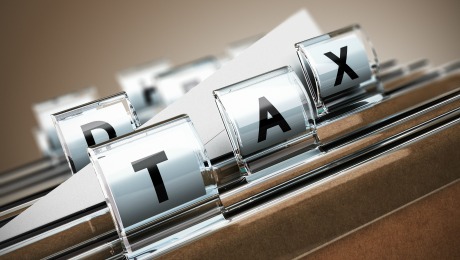 Hopeful house hunters can spend months searching for the ideal home that meets all of their specifications, only to discover that the local property taxes place it out of reach. It is a tough toss up, that buyers are faced with: buy a larger house in an area with lower taxes or one with less square footage, higher property taxes and hopefully more perks?

CNNMoney contributor, Jeanne Sahad published an online article in November that detailed the findings of a study on residential property taxes. The study examined data from the American Community Survey, which is an ongoing project spearheaded by the U.S. Census Bureau. It revealed that from 2007 through 2011, 60 percent of the nation’s counties had average property tax burdens of between $500 and $1500 annually. Analysts for the study pointed out that those amounts may cover one month’s tax burden for many homeowners in one of three of the nation’s most expensive counties: , ($9,647 a year); , , ($9,080) and ($8,893). Sahad also noted that five more N.J. counties have annual average tax burdens of $8,000.

The disparity of how much homeowners pay in property taxes across the country was quite interesting. The findings brought to light that there are 24 counties on the map that have annual property taxes under $250! Curious as to where homeowners are laughing all the way to the bank? Look no further than and .

In some states with low property taxes, they represent an uneven or higher expenditure when compared to actual home values. The American Community survey noted that parts of , , , and are examples of this scenario. According to the findings, “their property taxes on average well exceed 1 percent of home prices, whereas in most counties in the nation, the average property taxes fall below the 1 percent mark.”

Are Higher Property Taxes Worth It?

The fact that there is no universal formula that applies to property tax, it can be difficult for homeowners or home buyers to determine whether the higher taxes are worth it. The way property taxes are calculated vary greatly from county to county and state to state.

Unofficial assessments can be inaccurate and usually fall short in assessing actual property value. It appears that local agencies do what they need to do to cover their perceived financial bases. Unfortunately, this can leave homeowners at the mercy of the tax office and may how much they will be responsible for from year to year. The study’s analysts observed that, “many localities set a revenue target to meet expenditure needs and then vary the tax rate to meet this target, conditional on the tax base.”

To get an idea of how many Americans feel the need for property tax reform, consider the results of a poll which posed the question, “Which tax do you feel is the most unfair?”. In 1988 24 percent cited their local property tax as opposed to 42 percent who responded in kind in 2005.

The Benefits of Property Tax

To keep the big picture in perspective, it must be said that counties with higher property taxes appear to have solid benefits for their residents. More money is spent to create better schools and public services like parks and recreation, recycling, and community centers. Another point the survey made was that cities and towns with higher than usual property taxes tend to have “little or no other local taxes.”

Are you curious of where your property taxes fall? Use this link to see an informative and interesting interactive tax map: http://money.cnn.com/interactive/real-estate/property-tax/?iid=E