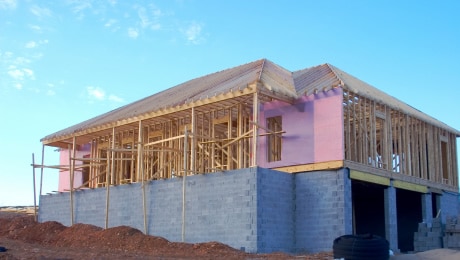 Since its formation in 1931, the National Housing Conference or NHC, has been dedicated to providing Americans with “safe, decent, and affordable housing.” The Center for Housing Policy acts as the agency’s research affiliate and seeks solutions in regard to housing via its ongoing research. There are countless hurdles and challenges that millions of Americans face in meeting their housing needs and the Center strives to address them. The process is constantly evolving as the agency gathers data and reviews how housing policies, procedures and guidelines should change in order to be as effective as possible.

In a nutshell, the mission of the NHC is to be an advocate for policies and legislation that address the full list of housing concerns faced by so many Americans. Those items include the goals of creating:

In early January, Ethan Handelman who is the NHC’s Vice President for Policy and Advocacy, published a blog entitled, What’s Ahead for Housing Policy in 2014. Handelman clearly hopes that in spite of recent partisan issues that this year will see, “effective, bipartisan legislation, helpful regulatory change, and essential action around the country.” According the NHC VP, these are the topics to watch:

Since the Senate Banking Committee has been diligently working towards a bipartisan solution to draft legislation that will replace Fannie Mae and Freddie Mac, it is hoped that 2014 will see it become a reality.

Handelman acknowledged in his January blog that the confirmation of Representative Mel Watt as of head the Federal Housing Finance Agency, could mean big changes at that agency in “directions that better support affordable housing.”

Even though the U.S. housing market seems to have truly bounced back within the last two years, Handelman urged policy makes to remain aware of the financial difficulties millions of Americans still face. The NHC VP warned that the rates of mortgage distress may be on the decline, however, the real numbers indicate that the U.S. still has a long way to go to achieve what would be considered normal market conditions. In his news release, Handelman cited the ongoing need within the past year to extend a variety of benefits offered to beleaguered homeowners, including HARP and HAMP.

With the help of the National Foreclosure Prevention and Neighborhood Stabilization Task Force, it is hoped that 2014 will see marked progress in the betterment of at risk neighborhoods and communities. Handelman predicted that there will be new affiliations between nonprofits and for-profits. He is particularly hopeful in regard to the rapidly expanding single-family rental sector.

Also in an effort to make American neighborhoods stronger, there are proposed new regulatory changes in FHA’s 203(k) program that could help finance the purchase and rehab of distressed properties.

The NHC VP agreed that the qualified residential mortgage rule or QRM, which held its own through 2013, should continue to make it easy for prospective homeowners to qualify for affordable and adequate housing. Handelman observed that a new format that will align QRM with the finalized qualified mortgage or QM rule, should work well within the NHC’s guidelines for 2014.

In conjunction with HUD’s efforts, the NHC will continue to encourage fair housing for all Americans. The biggest issue to overcome this year according to the NHC VP’s blog post, will likely be the fact that in many of the nation’s metro areas, “housing markets are already shifting from the low gear of depressed prices and foreclosure activity to the high gear of rising costs and affordability is a concern.”

To read the most current editions of the NHC’s blog, please use this link: http://www.nhcopenhouse.org