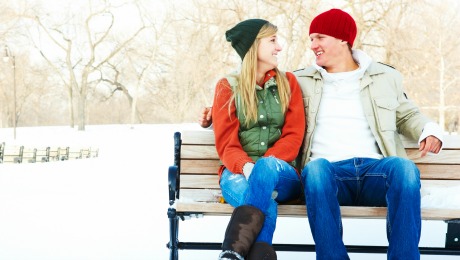 People refinance their home loans for three main reasons: to save money, to get money, or to pay off the loan quickly. Some borrowers wish to decrease their monthly payment by switching to a lower interest rate, others hope to cash out on their equity, and some choose to shorten their loan term to pay off the mortgage sooner. With some slight upticks in mortgage rates lately and many homeowners still struggling to gain equity, it seems more people have been gravitating toward the third reason – paying off the loan sooner. According to the 2013 3rd Quarter Refinance Report from Freddie Mac, two out of five borrowers chose to shorten their loan term when refinancing. This represents a six percent increase from the previous quarter.

The report from Freddie Mac noted that while 37 percent of borrowers who refinanced shortened their loan term, the majority of borrowers (59 percent) kept the same term as the loan they had paid off. So while a few recent increases in mortgage rates may have helped boost the number of homeowners who shortened their terms when refinancing, it just goes to show that most people are likely still doing it to save on interest. After all, rates are continuing to remain near historic lows, and people who bought during the market’s peak but were reluctant or unable to refinance before are perhaps more likely to do so now.

“Those shortening their loan term largely reflect those taking advantage of the 15-year fixed-rate mortgage, a popular option for those looking to pay off their home sooner, while saving considerably on interest payments over the life of the loan,” the Freddie Mac report states.

15-year fixed rate mortgages are a popular choice for borrowers who want to shave thousands or tens of thousands off their total interest bill. Because the length of a 15 year mortgage is half that of a traditional 30 year loan, the amount of mortgage interest paid over the loan’s life is considerably less. And even though the monthly payments may be higher, more of that money goes toward the borrower’s principal balance, helping the homeowner build equity quicker and pay the loan off sooner.

The Freddie Mac report also noted that more people are working toward paying down their principal before ever beginning the refinancing process. This could be an indicator that more homeowners are concerned with paying mortgage insurance. Once a borrower builds enough equity, private mortgage insurance can be cancelled, saving additional money for the homeowner.

“Our analysis also shows that more borrowers are paying their principal down faster than the scheduled amortization prior to refinancing,” the report states. “Traditionally, this has reflected those borrowers who make an extra payment toward principal whenever possible. Before the Great Recession, this segment represented between 3 and 9 percent of all borrowers by year; since then about 11 to 19 percent have paid down additional principal prior to refinancing.”

As for borrowers taking advantage of refinancing opportunities through the Home Affordable Refinance Program (HARP), Freddie Mac reports that HARP loans made up over 20 percent of third quarter refinance loans purchased by Freddie Mac and Fannie Mae. HARP has helped 2.9 million refinancing borrowers since its inception in August 2013.