Did the polar vortex affect the housing market? 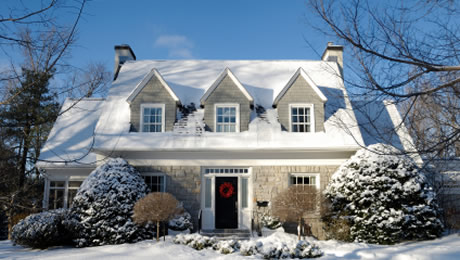 For many Americans, the winter of 2014 was brutal. Unusually low temperatures, record amounts of snow and ice, power outages, plus scores of missed work and school days, brought much of the country to a virtual standstill. Retailers and other business owners are now reporting that the polar vortex and its several lengthy curtain calls, drastically affected sales. Being referred to as “freezenomics,” analysts are wondering how long it will take the U.S. to bounce back.

The investment firm AMPCapital, noted in its February Market Report that the severe winter weather definitely contributed to the NAHB’s homebuilder’s survey results along with existing home sales figures. However, the firm had this very good news:

“…the PMI (Purchasing Managers Index) rose 3+ points to a very solid 56.7 in February with strong gains in new orders and employment suggesting the overall manufacturing sector is in good shape and on top of this, jobless claims fell and the leading index rose, pointing to solid growth ahead.”

News such as this certainly helps keep things in perspective, along with the fact that spring and better weather are on the way!

Trulia, the online real estate site for home buyers, sellers, renters and real estate professionals, has also discovered some not-so-dismal developments attributed to the polar vortex. According to their data, online searches for homes actually increase by 2.6 percent for every 10 degrees Fahrenheit that the temperature drops.

Further analysis reveals that frigid conditions lead house hunters to increase searches within their metro areas by 2.2 percent and intensify quests for properties elsewhere by 2.9 percent. Trulia’s research team has also discovered that, “for every 10-degree temperature drop that occurs where a house hunter resides, we see a 4.4 percent increase in searches for homes in warm regions.”

Curious about which balmy cities many of us dream of relocating to when the mercury plummets? Trulia’s report shows that the top three searches in December and January were for Miami, Phoenix, and Jacksonville, FL. Only one large metro outside of the Sunbelt was included in the top ten searches, and that was Dayton, OH.

As for how the wintry conditions affected the home construction sector, the news was pretty good. An Associated Press article that was published in the Washington Post on February 26th brought to light several surprisingly positive developments. According to a recent Bloomberg article, January’s new home sales were the best they have been in five years. Sales of new homes rose 9.6 percent in January to a seasonally adjusted annual rate of 468,000. It was the fastest pace since July 2008. Economists and housing market watchers are predicting that the trend will join forces with steady job growth and go full steam ahead through the spring of 2014.Of course, it’s tough to say whether the winter weather had a direct impact on the higher new home sales figures, but one thing’s for sure – the polar vortex certainly didn’t hold home buyers back!

This good news helps ease the concerns brought on by declines in retail sales for November and December and enforces the fact that the housing recovery is maintaining its momentum. Stuart Hoffman, the chief economist for PNC Financial Services Group recently noted that he believes new home sales by the end of 2014 will reach 500,000 units, which would surpass 2013’s number of 428,000. This is certainly hopeful, considering that the 2013 figure reflected a 16.3 percent rise and the best level for new home sales seen in five years.

Hoffman is not alone in his predictions. The market analysts from the firm IHS Global Insight have forecast an even larger surge in new home sales. They are betting that the y-o-y increase will reach 23.4 percent or 528,000 in new units sold. A Barclays Research economist, Michael Gapen observed “We expect any drop-off in housing to be a pause and not a retrenchment.”

Regionally, the Northeast lead the way with a whopping 74 percent swell in new home sales, followed by the West with 11 percent. The southern region experienced an increase of 10 percent, while sales for new properties dropped 17 percent in the Midwest.

The polar vortex did not freeze out home prices either! In fact, compared to January 2013, the median home price warmed up by 3.4 percent to $260,100. As for appreciation rates, home prices are forecast to rise in 2014 but not quite as fast as they did in 2013. Based on the Standard & Poor’s/Case-Shiller 20-city home price index, home values rose by a healthy 13.4 percent in 2013. That figure reflects the best gain in eight years.

These positive developments, plus better than average gains on Wall Street, certainly present promise for the spring housing market! What polar vortex?