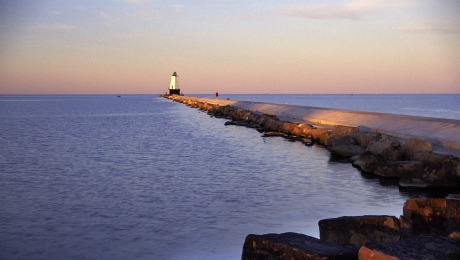 According to a March 4 press release from the NAHB, the passage of the bill will “help address some of the costly and unintended consequences of the Biggert-Waters Flood Insurance Reform Act, including huge premium spikes and impacts on the sale, construction and remodeling of homes across the nation.”

The NAR’s official statement regarding the passing of this bipartisan legislation noted that the bill would not only benefit homeowners residing near coastal areas, but would help protect owners everywhere.

“Homeowners nationwide, on the coasts and also inland, who are experiencing financial hardship because of extreme and sudden premium increases will feel immediate relief from this bill, which ensures a slow and steady phase in of risk-based increases.”

According to the NAHB press release, the Homeowner Flood Insurance Affordability Act will:

*Actuarial rates are estimates of the expected value of future loss. According to Investopedia, “…actuarial rates help protect insurance companies against the risk of severe underwriting losses that could lead to insolvency.”

**This should boost remodeling and major home improvement activity, as higher flood insurance rates will only be required if the cost of the homeowner’s improvements exceeds 50 percent of the market value of the structure before the start of the improvement.

Both NAHB and NAR made points to recognize and thank the sponsors and legislators that worked toward the passage of the bill.

From the NAR official statement:

“Realtors® thank the sponsors of the Homeowner Flood Insurance Affordability Act, Reps. Michael Grimm, R-N.Y., Maxine Waters, D-Calif., and Bill Cassidy, R-La., whose tireless efforts produced a solution that is fair to property owners and taxpayers, and Majority Leader Eric Cantor, R-Va., for his outstanding leadership and advocacy for the bill.

“NAR urges the Senate to act swiftly to pass this urgent legislation and send it to the President for enactment.”

From the NAHB official press release: