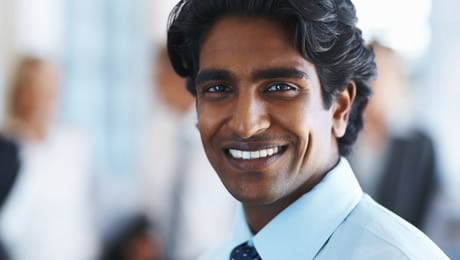 When Americans can not buy homes, there is a tremendous trickle down effect in the nation’s economy. This point is exactly why the news released from the Bureau of Labor Statistics in early April is so important for the nation’s housing market.

The news was surprisingly good, even after slowdowns caused by some of the most harsh winter weather much of the U.S. has ever experienced.

According to the story posted on CNBC, in March, labor stats show that, “The economy added 192,000 new jobs for the month, while the unemployment rate held steady at 6.7 percent.”

While those figures may not sound overly impressive, they are significant because it validates what effects weeks of snow, ice, high winds, and freezing rain had on the country’s job growth during January and February.

Which industries are hiring?

As to which sectors saw the most robust growth, professional and business services led the way with 57,000 new jobs. Within those niches, 29,000 temporary positions were also created. The service industries, mainly restaurants and bars added 30,000 new spots and 19,000 positions came available within the realm of health care. The biggest loser was the government sector where hiring was at a complete ebb. In fact, 9,000 jobs were eliminated at the federal and state level while 8,000 were added by governing agencies at the local level.

To interpret what those developments could indicate, Austan Goolsbee, who is a former White House economist and Professor of Economics at the University of Chicago’s Booth School of Business, explained that, “It probably means the Fed just stays on steady, but it also means that everybody who said, ‘Oh, we finally turned the corner and we’re going to be booming like crazy,’ they’re going have to hold off for a few months.”

As to how the rate of job growth influences the overall economy, the impact has to do with the fact that slow growth equals less consumer spending. Of course every retail transaction impacts a number of individuals, from the sales clerk to the shipper to the factory or farm, carton manufacturer and so on. However, there is likely no single business that employees such a large and diverse number of people to create one finished product as does the housing industry!

Just consider all of the different professions that contribute to the construction of a new home or sale of an existing home: surveyor, architect, carpenters, real estate agents, mortgage lenders, electricians, plumbers…and so on. For a more in-depth look at the number of jobs one single-family home project generates, check out this link from How Stuff Works: http://home.howstuffworks.com/home-improvement/repair/house.htm

In addition to supplying scores of jobs, the housing sector and the job growth it generates are closely tied to the health of the overall economy. It is highly likely that the March jobs number would have been even higher had it not been for the weather, which seriously impacts residential construction.

Paul Ashworth, who is the chief economist of Capital Economics, a global macro-economic research firm, reflected on the news by stating, “Overall, now that the weather-related weakness is behind us, we anticipate that the monthly gains in payroll employment will remain close to the 200,000 mark, driving the unemployment rate gradually lower and allowing the Fed to continue winding down its monthly asset purchases.”

Gillian White, who writes for Kiplinger, saw the March labor stats as good news for the 2014 housing market. Her report, published in early April, was based on data from the Department of Commerce and the National Association of Realtors. It predicts a 4 percent increase in existing home sales that would take the total to 5.3 million, compared to 2013’s 5.1 million.

As for new single-family home sales, Kiplinger analysts project a 16 percent increase, which translates to 500,000 units. Even better from an employment point of view, analysts foresee the construction of around 1.07 million new homes. In the y-o-y comparison, that’s a 15 percent upsurge.