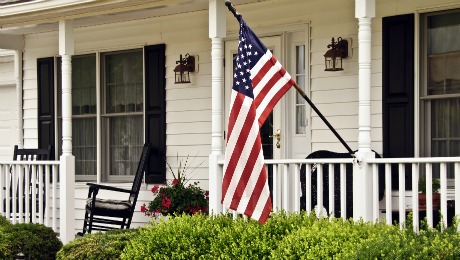 In late April, a series of strong thunderstorms and devastating tornadoes swept through several states, causing chaos, major damage and numerous fatalities. It is reported that the unsettling weather wreaked havoc in a 40-mile section of north-central Arkansas. High winds caused trees and flying debris to damage homes, businesses, and schools. Roofs were torn off, and entire structures were leveled to their foundations from the force of these tornadoes. Heavy thunderstorms produced widespread flooding, which caused even more destruction. The tiny town of Vilonia, which is just about 30 miles north of Little Rock was especially hard hit.

On Wednesday, May 7th, President Obama declared the region a disaster area and pledged to the community, “Your country’s going to be here for you. We’re going to support you every step of the way.” The President’s announcement came just eight days after the U.S. Housing and Urban Development Secretary; Shaun Donovan announced that it would step up federal disaster assistance to the state of Arkansas. Donovan noted that both homeowners and low-income renters who have been forced to evacuate their residences due to the effects of storm damage and flooding will be the agency’s prime focus.

It is especially noteworthy that Secretary Donovan promised to help more than just those affected by the late April tornadoes. In addition to displaced families who were forced from their homes and must now rebuild, Donovan also mentioned, “Whether it’s foreclosure relief for FHA-insured families or helping these counties to recover, HUD stands ready to help in any way we can.”

So, just what is the agency doing to assist these individuals?

In a press release issued on April 29th, HUD announced that it would: