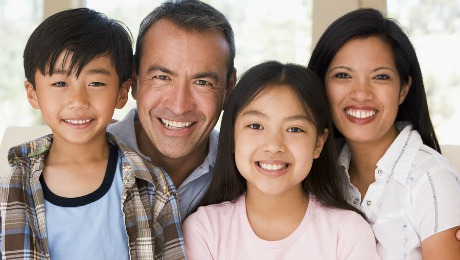 There were impressive gains across the board last month, as the Obama Administration’s latest Housing Scorecard reflects positive growth for homeowners, as well as the real estate and mortgage markets overall. One of the biggest highlights of the report, which was officially released on June 13, revealed that homeowners’ equity was up significantly.

Strong gains in homeowners’ equity stands as evidence that a much-needed shift in home values has taken place and is continuing on the upward path. The Federal Reserve reported that homeowners’ equity was up nearly $795 billion in the first quarter of 2014, reaching more than $10.8 trillion, the highest level since the second quarter of 2007. The Scorecard reports that the change in home equity since April 1, 2009 now stands at more than $4.7 trillion.

Furthermore, in the first quarter of 2014, more than 300,000 borrowers returned to a position of positive equity in their homes after struggling with being upside down or “underwater” in their mortgages. Being underwater in a mortgage means the homeowner owes more on their home loan than the home is worth. According to information from CoreLogic, the number of underwater borrowers has dropped 48 percent, bringing more than 5.8 million homeowners above water from the beginning of 2012 through the 1st quarter of 2014.

In even more good news, the number of foreclosure starts continues to drop. The Scorecard revealed that lenders started the foreclosure process on 49,240 properties in May, down 10 percent from the previous month and down 32 percent from one year ago to the lowest level since December 2005.

Completed foreclosures also decreased, with lenders completing the foreclosure process on 28,373 properties in May, down 6 percent from the previous month and down 27 percent from one year ago to the lowest level since July 2007.

Both new home purchases and existing home sales rose in April, pointing toward a stronger real estate market ahead. The Scorecard revealed that purchases of new homes rebounded in April after declining in four of the five previous months. Sales of existing homes inched upward for the first time this year, as the National Association of Realtors (NAR) reported a 1.3 percent increase from March. This brought the seasonally adjusted annual rate to 4.65 million in April. However, the figure for existing home sales remains 6.8 percent below the annual rate of 4.99 million recorded a year earlier.

In the way of government-backed programs to assist struggling homeowners, the Administration reports that both the Making Home Affordable Program and the Neighborhood Stabilization Program are continuing to provide relief for millions of homeowners while helping rehabilitate communities in all 50 states.

The Scorecard states that, in all, more than 8.3 million mortgage modification and other forms of mortgage assistance arrangements were completed between April 2009 and the end of April 2014. The breakdown of assistance is reported as follows:

Of those 2.0 million actions, nearly 1.4 million permanent modifications were made through the Home Affordable Modification Program (HAMP).

The FHA has offered 2.3 million loss mitigation and early delinquency interventions through April.

The Neighborhood Stabilization Program is designed to help communities across the nation address and rehabilitate foreclosed and abandoned homes. According to the Scorecard, during the first quarter of 2014, grantees report cumulative completions of newly constructed or rehabilitated housing units topping 33,800 units. Meanwhile, direct assistance to homeowners reached the 11,000 mark.

Despite the plethora of good news, the Scorecard states that more work is needed before the housing market can fully recover.

“Encouraging news notwithstanding, there is a need to continue with recovery efforts as too many homeowners remain underwater, and mortgage delinquencies rates remain elevated.”