Most Affordable Homes also Most Likely to be Underwater 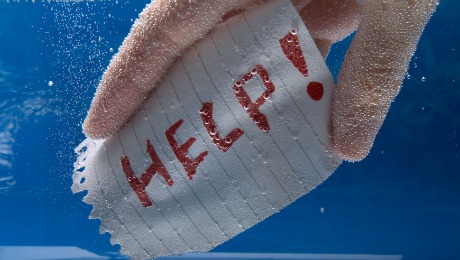 It’s a challenging situation: the nation’s homes that are most likely to be sought after by first time and budget-consious buyers are also the most likely to be kept off the market because their current owners are underwater in their mortgage.

Underwater is a term that means the homeowner owes more on their mortgage than the property is currently worth. Another term for this scenario is negative equity – which has been a big problem for homeowners across the U.S. ever since the housing market crash and economic crisis.

According to a recent artcile from Zillow, roughly 1 in 3 homeowners with a mortgage nationwide who also owned lower value homes were underwater in the first quarter. This information comes from Zillow’s Negative Equity Report, published May 19.

“Among all homeowners with a mortgage nationwide, roughly 1 in 3 (30.2 percent) who owned homes within the bottom third of home values were underwater in the first quarter,” the Zillow article states. “That’s almost three times as many as in the top third of homes (10.7 percent). Among the middle tier, 18.1 percent of homeowners with a mortgage were underwater in the first quarter.”

Nationwide, the numbers are actually looking better. Zillow reports that the national negative equity rate fell to 18.8 percent in the first quarter, with almost 9.7 million American homeowners underwater. Although the rate is dropping, it’s doing so at the slowest pace in almost two years.

“The unfortunate reality is that housing markets look to be swimming with underwater borrowers for years to come,” said Zillow Chief Economist Dr. Stan Humphries. “It’s hard to overstate just how much of a drag on the housing market negative equity really is, especially at the lower end of the market, which represents those homes typically most affordable for first time buyers. Negative equity constrains inventory, which helps drive home values higher, which in turn makes those homes that are available that much less affordable.”

The good news however, is the negative equity rate is expected to continue dropping, with Zillow analysts forecasting a rate of 17 percent in the first quarter of 2015.

How can the national negative equity rate improve?

Negative equity can also go down as homeowners foreclose. When their homes are foreclosed, the debt and negative equity is wiped out from the lenders’ books.

Homeowners can also improve their equity standing by paying more money toward their principal balance. This is challenging or perhaps even impossible for many homeowners who may be struggling just to make the minimum PITI payments every month. (PITI stands for the four basic components of a mortgage payment: principal, interest, taxes, insurance). Trying to put more money toward the principal can be tough for a lot of homeowners.

Which states have the most (and least) amount of underwater mortgages?

According to the Zillow Q1 Negative Equity Report, the following states had the most homeowners with underwater mortgages:

These states had the least homeowners with underwater mortgages: