What is Adverse Possession? 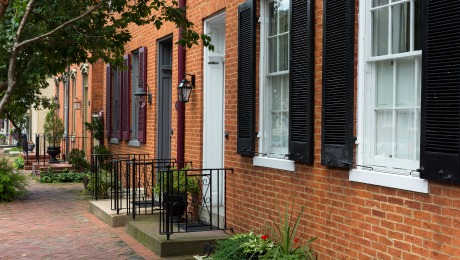 We’ve all heard those stories about smug know it all’s who move into a residence, hide out for months or even years and then claim it’s rightfully theirs because they have established “squatter’s rights.” Because the laws that regulate squatter’s rights, legally termed “adverse possession,” vary greatly from jurisdiction to jurisdiction, it’s all a bit murky.

A 2012 national news story described a man who lived eight months rent-free in a Dallas area home valued at $340,000. According to news sources, Kenneth Robinson paid a $16 filing fee at the county clerk’s office and literally got his foot in the door with, “an arcane property-law doctrine known as adverse possession.” The experience even led him to publish an eBook so others could benefit from his knowledge on the ins and outs of this practice. Since the story broke, Robinson has been forced to move out. Turns out, under Texas law, he did not have a legal leg to stand on.

The idea of gaining a property through squatting has become a problem in many areas of the country. Even though the housing market is back on track, there are still thousands of vacant properties out there in limbo. Squatters assume they can set up camp and give adverse possession a try – but is it actually something that can be pulled off?

Courts these days expect anyone claiming home ownership rights based on the concept of adverse possession to provide specific forms of proof such as documentation showing they paid the property taxes. A court official would also expect them to maintain the property just as an owner would – that means properly maintaining the home and its grounds. Otherwise, the home could fall into a state of disrepair, become inhabitable, be condemned, and then no one would be allowed to live there.

To clarify, here is an explanation of adverse possession from Investopedia:

“A principle of real estate law that allows a person who possesses someone else’s land for an extended period of time to claim legal title to that land. Land claimed under adverse possession does not require the claimant to pay for that land, but does require that the claimant prove that the land possession is actual, open and notorious, exclusive, hostile or adverse and continuous for the statutory amount of time.”

What that means is that the parties wishing to claim the property in this manner must live there continuously in an open and visible way in direct opposition to the homeowner. They must also make the homeowner aware of their intentions. This has to go on for a set period of time, which varies greatly from state to state. For example, squatters have to stay put for 30 years before ownership is a possibility in New Jersey as opposed to California, where the time period is only five years. In most cases, the time span ranges between 15 to 20 years. If there is any break in the required time frame and squatters fail to occupy the residence for the set period continuously, then they must start over.

The idea of adverse possession originated in England and actually applied to disputes regarding property boundaries. Today it is mainly recognized as a way to establish land use.

The California Court of Appeals clarifies the concept of adverse possession this way:

“It is basically that land use has historically been favored over disuse, and that therefore he who uses the land is preferred in the law to he who does not, even thought the latter is the rightful owner. Hence our laws of property have sanctioned certain types of otherwise unlawful taking of land belonging to someone else. The purpose, is not to reward the taker or punish the person dispossessed, but to reduce litigation and preserve the peace by protecting a possession that has been maintained for a statutorily deemed sufficient period of time.”

Today courts mainly use adverse possession to decide property disputes that could date back decades. Such disputes typically involve as little as 1 or 2 feet of land. Instead of plodding through years of red tape to decide where a property line was decades ago, the legal system uses adverse possession to determine boundaries that reflect how residents use them today.

The idea of squatters ever actually accomplishing full ownership by moving in, refusing to leave, and meeting all of the legal requirements seems to be just another urban legend!