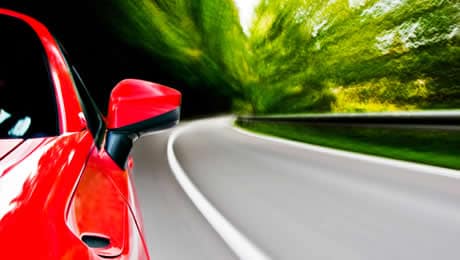 Who knew that the National Association of Builders monitors carpooling data? Well, it turns out that how Americans are able to get to work greatly influences their home buying choices. Examining such information also helps those in the housing industry gauge how future residential developments should be planned.

The data that explores the latest commuting trends was collected from the U.S. Census Bureau’s American Community Survey, which was conducted from 2008 through 2012. It bears noting that the first census was done in 1790 under Thomas Jefferson. Twenty years later, James Madison added questions regarding the nation’s economy and job market. Madison explained that, “such information would allow Congress to adapt the public measures to the particular circumstances of the community, and over the decades allow America an opportunity of marking the progress of the society.” So, here we are more than 200 years later, still using this tried and true survey method!

The latest survey includes a series of questions on topics such as modes of transportation to and from work, commute times, how many people shared the chosen means of transportation, and what time respondents left home each morning. The results were made public in early May and revealed that over the last decade, the number of Americans traveling to work by bike rose by 60 percent. In terms of numbers it went from 488,000 bicycle commuters in 2000 to 786,000 by 2012. Since numerous major metros have instituted the “Bike Share” programs in the last two years, the number of those cycling to work has certainly gone up even more!

To lessen highway congestion, cut down on harmful emissions and increase the safety of commuting options, communities across the country have taken steps to promote biking and walking to work. It certainly contributes to our overall well being also. Traffic patterns have been drastically changed to make city streets more pedestrian friendly, more city busses have bike racks, and many miles of bike lanes have been added.

Big changes such as these serve as major drivers for those in the business of creating places for Americans to live, work, and play. This development also goes hand in hand with the next big generation’s desire to be environmentally conscious – yep, it’s those Millennials again.

Along with biking and walking to work, fewer of us are driving to places of business because we are tele-commuting. Since 2000, the number of Americans working from home has increased by 2 million. The survey reported that car-pooling dropped by 1.9 million.

As for where the hot spots are for alternative commuting, the U.S. Census Bureau found that the West has the highest rate for cycling and the South the lowest. Among cities, the most active for cycling to work are Portland, Seattle, Minneapolis, Washington, DC, and San Francisco. The median commute time is around 19.3 minutes.

The number of those walking to work was the highest in the Northeast, with 4.7 percent. The survey analysts pointed out that this was due to a large number of college towns in more walkable communities. For example, in Ithaca, NY, 42.4 percent walk to work, in Boston, it’s more than 15 percent. Overall, walkers have a median commute time of 11.5 minutes.

In looking at the big picture, builders and developers can easily take away these points: