House flipping declines in the U.S. 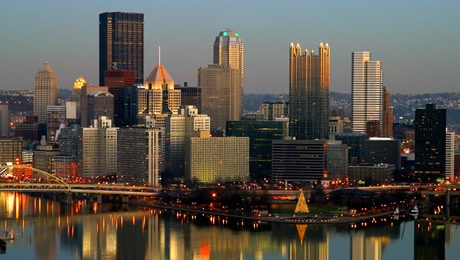 After the economic downturn, seasoned investors, foreign buyers, and plenty of newbies took advantage of a flooded foreclosure and distressed property market. The goal for the majority of them was to buy a property for a low price, fix it up and then sell it in a short time for a significantly higher price. Known as “house flipping,” this long-standing practice among savvy real estate investors became highly common in the days of depressed real estate prices. RealtyTrac began recording these types of home sales in the first quarter of 2011.

Since 1993, RealtyTrac has served as an online marketplace for distressed home sales. Each month, it publishes its U.S. Foreclosure Market Report. In late July, the firm released its 2014 House Flipping Report for the second quarter of 2014. The report revealed that for Q2, around 31,000 single-family homes were flipped throughout the U.S. For the period, that represented 4.6 percent of all single-family home sales. That figure was down from 2014’s Q1 of 5.9 percent. The gap was even bigger between the number of flipped home sales from 2013’s second quarter, which made up 6.2 percent of all single-family home sales.

Along with the numbers of flipped homes that hit the market, the percentage of gross returns on the initial investment was also down. Investors saw a 21 percent gross return on their initial investments during 2014’s Q2, compared to a 31 percent return seen in the y-o-y comparison. Even in the first quarter of 2014, the return was at a better rate of 24 percent.

Some wonder what is going on, especially since favorable mortgage rates are still the norm. The VP or RealtyTrac, Daren Blomquist, explained that those interested in profiting from house flipping will have to search harder for homes that are a good price and have the potential to be sold at a substantial profit. Blomquist reflected, “Home flipping is settling back into a more historically normal pattern after a flurry of flipping during the recent run-up in home prices in 2012 and 2013. Flippers no longer have the luxury of 20 to 30 percent annual price gains to pad their profits.”

As for the current state of affairs discovered from Q2’s flipped property sales data, a 21 percent return translates to an average gross profit of about $46,000. The still hot markets where investors are keeping distressed properties on the move are Phoenix, Los Angeles, and Miami.

Here are some other interesting points the RealtyTrac report brought to light:

These markets had the best rate of return on flipped homes:

Are you curious about what is on the market in the way of distressed listings in a few of these hotspots? Have a look at RealtyTrac.