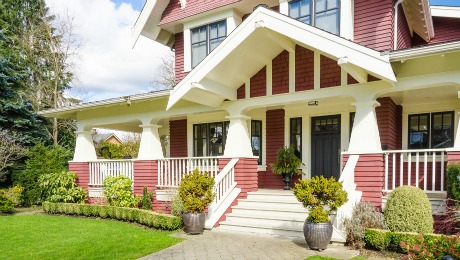 You might not realize it, but there have been some truly cutting-edge developments in the world of home construction and design. The effort might not have gotten as much media attention as say, the latest avant garde creations for Fashion Week, but some of these home building advances are just as exciting as what’s been seen on the runways of Berlin, Paris, Milan, and New York. However, unlike most of the unrealistic or haute couture choices, innovations in new home design are aimed at a much larger audience – those who want to improve the experience of both building homes and living in them.

Since we already exist in a high-tech world it should come as no surprise that many of the new developments in designing, building, and running a home, marry science-based elements with architectural design and actual construction. After all, if it can not be accepted and executed by the average home builder or subcontractor, what good is it? The design and technology website, Gizmodo, which has been around since 2002, recently published the article, “7 New Materials That Could Change How Our Buildings Act.” Could one of these be coming to a home or condo community near you?

Paint that acts as a sensor

Imagine how hard it is after an occurrence such as an earthquake, hurricane, tornado or nuclear power disaster, to accurately check the integrity of a home or building. This past June, a collaborative team from N.C. State University and the University of Eastern Finland announced the development of a special conductive paint.

It works by first placing electrodes around the supporting structures and layering them with the paint. Next, electrical current is run over the surfaces and through a detailed algorithm application, it can be determined if and where the structure has been compromised.

And you thought carbon fiber was just for sporting goods! The Finnish firm, Kone, has spearheaded this development. The problem at hand is the fact that after a skyscraper reaches so many stories, elevators can not accommodate the height. That is because the steel rope that pulls the elevators up and down becomes too heavy and can not support itself. The newly developed carbon fiber option is 90 percent lighter and capable of taking elevators and their brave passengers twice as high as the current limit allows. The product is called UltraRope and it could pave the way for elevators to travel up to one kilometer (or around 3,280 feet).

Plastics that light up in the wind

In some parts of the world where windy conditions are a frequent event, this idea has been eagerly welcomed. The proposed applications include wind-generated illumination on signs that will identify air traffic hazards, weather information, and structures in general. Could holiday decorations be far behind? South Korea’s Daegu Gyeongbuk Institute of Science is credited for this idea that harnesses what is known as “mechanoluminescence.”

Solar cells that are 100% invisible

One complaint regarding the usage of solar or photovoltaic panels on windows and surfaces is the visible rainbow spectrum that they project. Amidst complaints that this effect makes the use of solar panels unaesthetic in some applications, researchers at Michigan State have come up with a new type of solar concentrator. It harnesses the solar power of invisible wavelengths of light, which are the ultraviolet rays and the almost infrared rays. Now, it will be easier to incorporate solar panels into windows and doors!

An MIT tech team has been delving into what biological features make bamboo so incredibly durable. It has been discovered that the outer edges of bamboo are much more sturdy than the fibers in the middle. So, it is being considered for usage as a secondary building material, much like plywood, only better because bamboo is much stronger, more sustainable and affordable.

Imagine having the ability to put prefab homes together with a snap! In July, the firm, Kite Bricks unveiled what is probably one of the most exciting new developments on the construction front in decades. Modeled after actual Lego bricks, these are molded from concrete and snap together thanks to a mortar like adhesive. According to Gizmodo, “Not only do they snap together quickly and leave zero extraneous waste, the holes could provide extra space for wiring, plumbing, and even structural reinforcement.”

Never have to look for a charger again

At least…not when you are at home, anyway! A new company, called uBeam is working on embedding prototypic transmitters in wallpapers and decorative art. They would act as chargers on wireless devices and be accessible throughout the home. The built-in, unobtrusive chargers would work by capturing electricity and converting it to audio. The wireless devices in turn would receive the audio and convert it into energy. Although it may sound like a concept that only Bill Nye the Science Guy could get, it is apparently quite feasible! There has been excited discussion about using this technology in entire housing and office complexes. Could that frequently misplaced charger soon be obsolete?