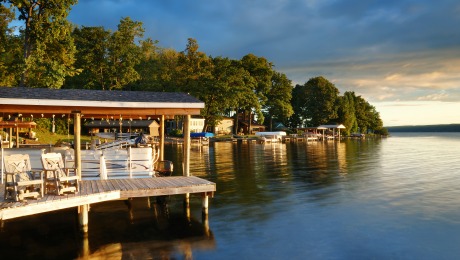 After the unsettling news that home sales for the much-anticipated spring and summer seasons were sluggish, turns out things weren’t so bad after all! In late September, housing market analysts from the U.S. Department of Housing and Urban Development and the U.S. Census Bureau revealed that in August, the seasonally adjusted rate for new home sales climbed to 504,000 units. This is extremely significant because it is the highest sales level for newly built single-family homes in six years!

Kevin Kelly, who is the chairman of the National Association of Home Builders (NAHB) and a home builder and developer from Wilmington, DE, observed, “This jump in sales activity is in line with our latest surveys, which indicate builders are seeing increased traffic and more serious buyers in the market for single-family homes.”

The NAHB’s chief economist, David Crowe explained that continuing low mortgage rates, affordable home prices, plus a strengthening of the job market and U.S. economy, have all kept the nation’s housing market moving forward in the latter half of 2014. Crowe affirmed his view with the statement, “This robust level of new-home sales activity is a good sign that the housing recovery is moving towards higher ground.”

Curious about how much these new homes are selling for? The U.S. Census Bureau reports that the median sales price of new houses sold in August 2014 was $275,600 and the average sales price was $347,900. The seasonally adjusted estimate for the inventory of new houses for sale at the end of August was 203,000. This represents a supply of 4.8 months at the current rate of sales.

Here are a few listings for new homes in five popular areas of the country: