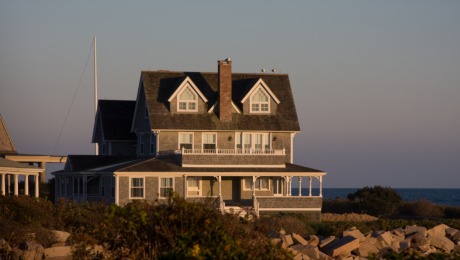 As they always do, the National Association of Realtors is keeping close tabs on the state of the nation’s housing market. In a recent press release from the NAR’s official newsletter, it was reported that September home sales made it the best month of 2014, so far. According to the article, the Midwest was the only region that did not experience gains in home sales.

The organization examined data on total existing home sales, which accounts for single-family homes, townhomes, condominiums and co-ops. In September, that sales figure rose by 2.4 percent for a seasonally adjusted annual rate of 5.17 million. That was quite a gain from the mark set in August of 5.05 million. However, it signals a change from one year ago, when the September existing homes sales figure was 5.26 million units. Percentage wise, the 2014 number was down in the y-o-y analysis by 1.7 percent.

The NAR’s chief economist, Lawrence Yun, was still pleased with how well things went in September. He interprets the slight slow down as a sign that the bulk of investors have already scored the steal deals and now there is more room for traditional buyers. Yun made the observation that fall is often a time when inventories are low after the busier months of spring and summer. He also explained that, “Low interest rates and price gains holding steady led to September’s healthy increase, even with investor activity remaining on par with last month’s marked decline.”

There was more good news in respect to the median home price figure in September as well! It was $209,700 for all home types. This represents an impressive y-o-y rise of 5.6 percent. Even better, it marks the 31st consecutive month of gains in home prices.

Here are a few more points the NAR newsletter brought to light:

How each region of the U.S. fared in September:

It was a mixed bag with existing-home sales in the Northeast falling 1.5 percent for a total of 680,000. This is 1.4 percent lower than last September. The median price in the Northeast was $249,800, which is 4.8 percent higher than a year ago.

Things continued to heat up thanks to a 5.0 percent rise in existing home sales, which resulted in an annual rate of 2.12 million in September. That puts things 1.4 percent above September 2013. The median price in the South was also on the rise-$180,900, up 5.1 percent from a year ago.