More Americans Moving in Together as Rents Continue to Rise 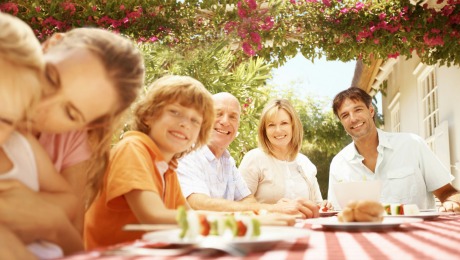 In their ongoing effort to track and identify trends in the nation’s housing market, Zillow’s analysts have identified an interesting one. It turns out in numerous major metro areas, adults are resorting to roommate scenarios in an effort to lessen the sting of the rising cost of rent. In the decade spanning from 2000 to 2010, the number of households with two or more working-age adults that were neither married nor romantic partners, rose from 25.4 percent to 30.8 percent.

This trend is viewed as a direct response to the fact that compared to average wages, rental prices are unaffordable for many. Zillow’s study revealed that, “Americans making the national median income of $53,216, should currently expect to spend nearly 30 percent of their monthly income on rent.” According to Zillow, this represents the highest rate ever. As a result, working adults are pooling their resources to broaden their options.

To comprehend the scale in which this is taking place, just consider these metro areas that have the largest share of adults living with roommates: Los Angeles (47.9 percent), Miami (44.5 percent), New York (42.5 percent) and San Diego (39.7 percent).

Of course, it does not take a rocket scientist to realize that these metro areas are some of the country’s most expensive areas in which to live. Zillow analysts report that in San Francisco rent took 25 percent of one’s median income in 2000. In 2012, it was up to 40 percent. Since a chunk of change that size leaves little for much else, it is not surprising that more folks are sharing living expenses. It certainly makes saving up for a future home purchase easier!

If a co-tenant arrangement sounds like something you’d like to explore, here are a few tips from blogger Nicholas Brown. He earned his Masters from Northeastern University, operates the site JustRentToOwn.com, and has had numerous roommate experiences. Brown believes that the majority of issues in these situations arise from the aspects of cleaning, sharing and sleeping. Here are his suggestions for easy living (together).