Existing – Home Sales are Expected to be Higher in 2015 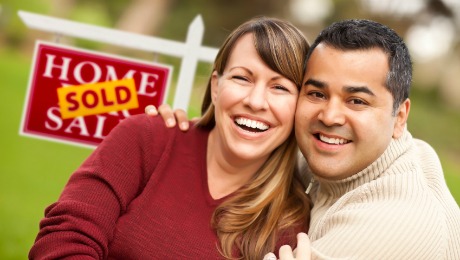 As one of the largest professional organizations in the country, the National Association of Realtors does much more than keep its members on top of how to better assist their clients with property transactions. The NAR also continuously monitors trends, compares a variety of demographic information and other factors that directly impact the state of the nation’s housing industry. Based on some recent reviews of data collected by the Federal Housing Finance Agency, and the Department of Housing and Urban Development, the NAR projects that in 2015 existing-home sales will do well!

Representatives from those three agencies (Lawrence Yun-NAR, Mel Watt-FHFA, and Juan Castro-HUD) recently presented a video address on the topic of the U.S. housing market. Their main message was that in 2015, existing-home sales should exceed those of 2014. Home prices are predicted to strengthen which will in turn benefit buyers and sellers. For sellers, that means they will be able to get more for their property sales. Higher sales prices in turn influence appreciation rates, which is good for buyers because it boosts home values and affirms that their investment was a sound choice.

Of course, economists and housing industry professionals are waiting for the final fourth quarter sales figures to analyze exactly how the market fared in 2014, which marks the sixth year since the 2008 crisis. Yun of the NAR acknowledged that things were slow to get going this year, but now higher inventories, pent-up demand and slower price increases have steadily improved the picture. He also observed, “The improving job market has consumers feeling more confident, and the rebound in home prices is building household wealth for homeowners and giving them the ability to sell after waiting the last few years.”

In 2013, 5.1 million existing homes were sold. This year that sector is predicted to drop and finish off December with a yearly total of 4.9 million. However, the future looks bright for 2015, with housing market analysts and economists predicting 5.3 million in existing-home sales. That strengthening is forecast to carry over into 2016, where it’s been projected existing-home sales will hit the 5.4 million mark. Along with that positive outlook, Yun also noted that by 2016, the national median existing-home price would rise by 4 percent.

Although this upward and onward pace is certainly good news, Yun tempered his remarks by noting that the NAR’s Realtors Confidence Index is down. However, consumer confidence is up. Yun went on to explain that, “Realtors are generally optimistic, but certain factors such as inventory shortages in parts of the country and tight lending standards may be playing a role in their recent dip in confidence.”

In addition to improving numbers for existing-home sales, Yun stated that construction starts for multi-family properties have come back to pre downturn status. He cited a higher demand for rental units as the explanation for this phenomenon. However, he expressed concern for the state of the new single-family home construction industry. The numbers are still not where they should be and Yun described issues with the ability of many independent home builders to obtain construction loans.

Mel Watt of the FHFA discussed the agency’s plans for giving a hand up to eligible, “creditworthy” borrowers. For those who make enough each month to afford a monthly mortgage, but would have difficulty obtaining a down payment, Watt said the FHFA will provide loans that will require borrowers to put as little as 3 percent down on a home purchase. It was agreed that a hopeful home buyer’s ability to come up with a 20 percent down payment is not an accurate gauge of his or her ability to handle the financial responsibility of a long term home loan. Watt also affirmed that Fannie Mae and Freddie Mac would begin doing more of a comprehensive analysis of each prospective borrower in order to obtain a more accurate financial assessment.

When questioned as to how the FHFA can successfully make this endeavor work, Watt explained it is going to take a group effort. In order for lenders to make more credit readily accessible, Watt stated that realtors, lenders, and regulators must work together to, “break down these barriers and get the word out to the public.”