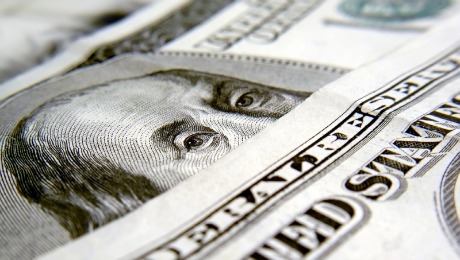 Things are definitely picking up in the mortgage industry, as recent data from the Mortgage Bankers Association (MBA) reports an uptick in both mortgage application volume and mortgage credit availability.

In a February 4 press release, the MBA reported that mortgage applications for the week ending January 30 increased 1.3 percent from the week before. This data is collected and compiled into the MBA’s Market Composite Index, a measure of mortgage loan application volume. The 1.3 percent gain, which was calculated on a seasonally-adjusted basis, may not sound like much, but it’s still an important improvement. On an unadjusted basis, the Index increased 15 percent compared with the week prior.

The Refinance Index (a portion of the Market Composite Index specifically measuring refinance volume) increased 3 percent from the previous week, the MBA reports. Continuing low interest rates and an overall increase in homeowners’ equity could likely be the cause of the increase in refi activity.

Worth noting is the MBA’s report of the significant jump in FHA refinance applications, which coincided with the recent announcement of the FHA’s plans to reduce the cost of their required mortgage insurance premium.

“Following several weeks of already elevated refinance activity due to falling interest rates, FHA refinance applications increased 76.5 percent in response to a reduction in annual mortgage insurance premiums which took effect January 26,” said Lynn Fisher, MBA’s Vice President of Research and Economics. “Conventional refinance volume was up only 0.5 percent for the week while VA refinance volume was down 24.3 percent. FHA purchase applications were also up 12.4 percent over the week prior, despite a decrease in purchase applications in the rest of the market.”

In addition to a jump in overall mortgage application volume, the MBA also reported an increase in mortgage credit availability. Measured by the Mortgage Credit Availability Index (MCAI), the MBA reported that lending standards are becoming less restrictive. In a February 5 press release, the MBA stated the following:

“The MCAI increased 1.8 percent to 117.8 in January. A decline in the MCAI indicates that lending standards are tightening, while increased in the index are indicative of a loosening of credit.”

“Growth in the jumbo loan market over the last few years has been a consistent and ongoing trend – with evidence of expansion on both the supply and demand sides of the market,” Fratantoni said. “These new component indices allow us to more precisely measure how credit availability is changing with regards to jumbo loan programs and their conforming (non-jumbo) counterparts.”