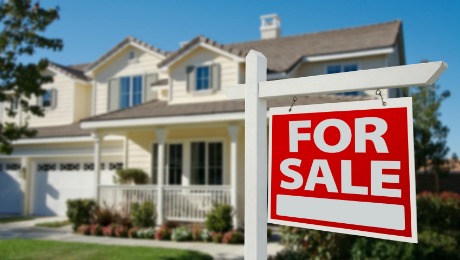 The latest news from the National Association of Realtors revealed that pending home sales for January 2015 were the best they have been since August 2013. This news may come as a surprise to those who are dialed in to the fact that January is usually a slow month for home sales and the current inventory of available residential sales units is somewhat low. In spite of that, the NAR’s Pending Home Sales Index shows that home sales have been on the steady rise for five months in a row.

Each month, the NAR reviews a variety of economic indicators within the housing industry and creates several reports based on those findings. The Pending Home Sales Index or PHSI, is defined as, “a forward-looking indicator based on contract signings.” In other words, it measures the number of properties that have been placed under contract. It includes contracts for single-family homes, condos, and co-ops. This index does not record the number of successful closings. However, the more pending sales that are in the works, the more completed contracts will be possible!

In terms of the y-o-y analysis, pending home sales for this past January were 8.4 percent above those in January of 2014. The NAR’s chief economist, Lawrence Yun, explained that the Pending Home Sales Index was likely driven by demand in spite of lower inventories. Buyers were simply ready to pursue their plans of home ownership and strived to put those plans in action. As Yun observed, “Contract activity is convincingly up compared to a year ago despite comparable inventory levels. The difference this year is the positive factors supporting stronger sales, such as slightly improving credit conditions, more jobs and slower price growth.”

In his response to the report, Yun further elaborated that the market has become more favorable for traditional homebuyers. He cited the fact that fewer investors and cash buyers has helped the market level off by lessening the competition. This factor is what likely balanced low inventory markets in many of the nation’s larger metro areas.

Looking to the coming months, Yun noted that, “All indications point to modest sales gains as we head into the spring buying season.” He also predicted that the pace of home sales will be directly impacted by how low inventories of available properties will affect home prices. Yun also acknowledged that the nation’s home appreciation rates have been on the rise. However, although that is positive, Yun said that, “Appreciation anywhere near double-digits isn’t healthy or sustainable in the current economic environment.”

Realtor.com’s chief economist, Jonathan Smoke, reflected that January’s PHSI should pave the way for positive home sales through February and March. In turn, Smoke noted that it should be a good time for sellers as well!

In terms of regions, the Midwest was the only one that saw a decrease in the area of pending home sales. Even though January totals were down by 0.7 percent, to 99.3 percent, pending home sales were still 4.2 percent in the y-o-y view.

The Northeast fared well, in spite of brutal winter weather. There, the PHSI rose by 0.1 percent and came out on top in the y-o-y analysis with an annual increase of 6.9 percent. The South saw the most improvement with the best PHSI in five years. The South’s total placed the January index at 121.9 percent, which is also up from last year by 9.7 percent. Pending home sales in the West saw a 2.2 percent gain which is 11.4 percent better than January 2014.

All in all, market watchers are making solid predictions that home sales through 2015 will be strong. According to the NAR, they are projected to reach around 5.26 million, which reflects a 6.4 percent increase from the 2014 sales figures. Let’s hope that improving employment figures, a healthy stock market, continuing low mortgage rates and the fact that it’s almost spring, will spur hopeful buyers and anxious sellers into action!