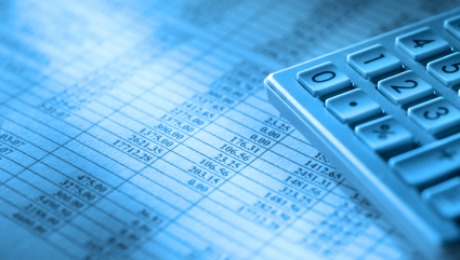 Mortgage applications saw an 8.4 percent increase from one week earlier, according to the latest data from the Mortgage Bankers Association’s (MBA) Weekly Mortgage Applications Survey for the week ending June 5, 2015. According to a June 10 press release from the MBA, the previous week’s results included an adjustment for the Memorial Day holiday.

“Mortgage application volume rebounded strongly in the week following the Memorial Day holiday, indicating that the holiday had a larger impact on business activity than originally assumed,” said Mike Fratantoni, MBA’s Chief Economist. “Comparing volume over the past two weeks, purchase activity is up over 6 percent, while refinance activity is down 5 percent. Strong job gains in May and initial signs of wage growth are supporting the purchase market.”

As for the percentages for each type of mortgage application, the latest data suggests there is a lack of first time home buyers, as the shares of FHA applications decreased from 14.9 percent to 14.3 percent of total applications. The share of VA loan applications also decreased, dropping to 11.5 percent from 12.0 percent the week prior. The share of USDA loan applications however, increased to 1.1 percent from 1.0 percent the week prior. USDA loans are becoming a popular choice among first time and low- to moderate-income buyers, as the loan does not require a down payment. However, the comparatively small share of USDA mortgage application activity suggests they remain a less common type of home financing.

According to the MBA press release, the average contract interest rate for a 30-year fixed rate mortgage with conforming loan balances ($417,000 or less) increased to 4.17 percent. Wile this increased pushed the average rate to the highest level it has been since November 2014, it remains very close to the historic lows we saw last year and the year before. The average contract interest rate for 30-year fixed rate mortgages with jumbo loan balances (greater than $417,000) increased to 4.15 percent.

*Please note that these are average contract rates calculated by the MBA and based on advertised mortgage rates across the country. For an accurate, up-to-date mortgage rate quote, click here.

As you can see, rates for ARM loans (adjustable rate mortgages) are considerably lower than their fixed rate counterparts. However, it is important to understand how ARM loans work before diving into the program solely based on the low interest rates that are advertised. With an ARM, the borrower starts out with a set rate – typically much lower than those associated with fixed rate mortgages – for a certain time period. 5/1 ARMs for example, offer a set rate for the first 5 years of the loan. A 3/1 ARM has a set rate for the first 3 years, a 7/1 ARM has a set rate for the first 7 years, and so on. After the introductory set rate term expires, the mortgage interest rate can adjust. This makes ARM loans ideal for people who want to save money during the early years of homeownership and can afford to make a higher payment if they do not sell or refinance before the set rate term runs out.

To learn more about ARMs, talk to an experienced, professional mortgage loan officer.