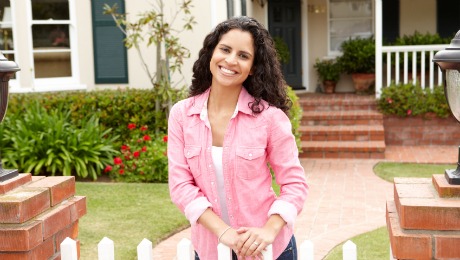 Millions of homeowners who were unable to pay their mortgages or couldn’t qualify for a home loan are now about  to re-enter the housing market, according to a new analysis from TransUnion.

This year, 700,000 U.S. consumers will be considered “capable of re-entering the housing market,” a recent Realtor.com article explained. Furthermore, the next five years will likely see the so-called populatiuon of ‘Boomerange Buyers’ grow to 2.2 million.

So exactly how did TransUnion determine whether or not U.S. consumers were capable of returning to the market as homeowners? They studied the population of credit-active U.S. adults over the course fo several years. The examined the end of 2006 (the end of the housing bubble, when prices started to decline), the end of 2009 (when the bubble burst), and the end of 2014 to come up with the figures.

Between 2006 and 2014, the major credit reporting agency tracked 180 million consumers. In 2006, 48% (78 million) of that population had a mortgage. Of that group, 8% (7 million) had trouble paying their mortgage between 2006 and 2009. TransUnion also found that by December 2014, 18% (about 1.3 million) had rebuilt their credit standing to meet Fannie Mae underwriting guidelines. TransUnion estimates 2.2 million of the remaining 5.7 million former homeowners will be able to rebuild their credit to the point where buying a home is viable option within the next five years.

In order for TransUnion to consider consumbers eligible to re-enter the mortgage market, they have to meet the following criteria:

“As boomerang buyers who experienced foreclosures or other negative impacts become eligible to re-enter the mortgage market, they may not immediately do so if they are not aware they are eligible again, or feel daunted by their previous experience,” said Joe Mellman, vice president and head of TransUnion’s mortgage group, in a news release about the data.

Trying to rebuild damaged credit can certainly be a challenge; however, with a little patience and perseverance, it can be done. Most credit experts agree that regularly monitoring your credit is one of the best ways to stay on top of any problems. In other words, be credit-aware. Know what you owe, know what your interest rates are, create a repayment plan that is sustainable. If you need help, don’t hesitate to contact a professional credit counselor in your area.