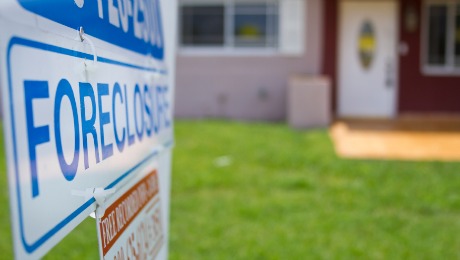 If the housing market is back on solid ground, then what gives with the recent news from RealtyTrac?  In July, foreclosures were up by 7 percent and 14 percent since July of 2014. Should current and future U.S. homebuyers be worried? It may seem like it, especially when one considers that up until this past July the number of foreclosures had been on the steady decline for 53 consecutive months.

As one of the nation’s leading real estate data and analysis firms, RealtyTrac monitors trends within the U.S. housing market. According to the company’s vice president, Daren Blomquist, “The increase in overall foreclosure activity over the last five months has been driven primarily by rapidly rising bank repossessions, which in July reached the highest level since January 2013.” Blomquist countered this news by confirming that foreclosure starts in July were at their lowest level since November of 2005. He explained that the current phenomenon is due to an effort by lenders to clear the decks by “flushing out old distress”. He noted that those properties that were foreclosed upon in the second quarter had been in the process for an average of 629 days. Blomquist added that represents the longest time period since the firm began tracking the rate of foreclosures in 2007. To further illustrate his point, RealtyTrac’s vp went on to explain that, “61 percent of loans still in the foreclosure process were originated during the housing bubble years of 2004 to 2008, down from 68 percent last year and 75 percent two years ago.”

In regard to bank repossessions, they are experiencing a 30-month high. In July, lenders repossessed 46,957 homes, which caused the rate of REOs (real estate owned or bank owned) to jump up by 29 percent from June alone. There was an 81 percent increase of REOs in the year over year analysis. Although this sounds alarming, the July totals were less than half of the September 2010 total when REOs were up to 102,134.

These increases were recorded in 44 states with the highest numbers in FL (up by 78 percent), CA (up by 23 percent), TX (up by 187 percent), GA (up by 87 percent), MI (up by 129 percent) OH (up by 69 percent) and NJ (up by 344 percent). There was agreement among the lenders interviewed for the RealtyTrac story that financial institutions are also clearing out long held REO properties. Mike Pappas, the CEO of the Keyes Company, a South Florida real estate firm, explained that the REO holdings have doubled from a year ago. Pappas said, “The short sales have basically been eliminated and our long judicial system is finally clearing out the last vestiges of these REO properties.”

Another real estate professional, Mark Hughes of First Team Real Estate in Southern California also acknowledged that REOs are on the move. He observed that, “The foundation of the distress market has returned to somewhat normal levels, allowing banks to flush out the hardest deals that haven’t gotten resolved quite yet.” He affirmed what many in the world of real estate and mortgage banking are aware of: “These workouts won’t provide any more undue pressure on pricing as a regular percentage of distress is part of an overall healthy market process.”

Another telling trend is that preforeclosure activity is at its lowest level since November of 2005. The 45,381 cases of home foreclosures that were initiated in July actually represent a 10-year low. They hit their peak in April of 2009, with 203,948 foreclosure proceedings beginning in that one month alone. Also in July, in 31 states, foreclosure starts dropped from their 2014 levels. The good news is that even in states that weathered the roughest storms during the housing crisis there have been much lower rates of foreclosure. For example CA saw a drop of 25 percent, TX-40 percent, MI-37 percent and OH-22 percent.

An Ohio realtor, Michael Mahon of HER Realtors, which handles the Cincinnati, Dayton and Columbus markets, credited the turnaround there to better home sales, more employment opportunities, and moderately increasing prices. He also pointed out a very important factor that has taken hold as a result of increased awareness about the dangers homeowners face when they get behind on their monthly home loan payments. He noted that, “we are seeing many lending servicers acting quickly to establish communications with delinquent homeowners, and assist them in avoiding the foreclosure process.”