Best Places for Millennials to Live in New Jersey 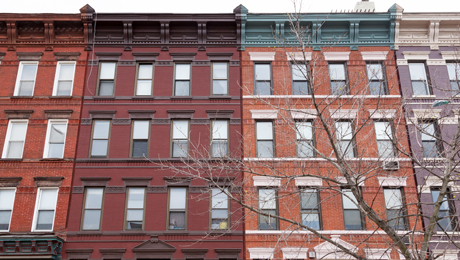 Niche, a new-to-the-scene website that provides information on neighborhoods, recently compiled a list of the top places in New Jersey where millennials can thrive in 2016. According to their report, “2016 Best Places for Millennials in New Jersey,” Hoboken earned the number one spot, followed by Edgewater and Plainsboro Center in the number two and three spots, respectively.

The Methodology
Niche gathered data from the U.S. Census Bureau, the FBI, BLS and other sources to create their rankings. According to Niche, the rankings took into account several key factors, including access to bars and restaurants, affordability, and job opportunities.

Other factors that were considered:

Hoboken
Coming in at the top of the ranking, Hoboken scored an A+ on access to bars, restaurants and coffee shops, and had a decent percentage of residents age 25-34 (37.1%) with 6.3% of those millennials considered newcomers.

Where Hoboken fell short was in cost of living, in which the city scored a D. As for crime and safety, Hoboken scored a B- and the unemployment rate is 3.3%.

Edgewater
In Edgewater, residents will have no problem finding an assortment of bars, restaurants and coffee shops. The city scored an A-, A, and A in those categories, respectively. Residents who are between 25-34 years old make up 21% of the population, with 6.1% of those millennials considered newcomers.

Unlike Hoboken, Edgewater scored highly in cost of living, earning an A+. Crime and safety got a B+. Where Edgewater could use improvement is in the unemployment rate (4.5%).

Plainsboro Center
In this New Jersey suburb, nearly 25% of residents are age 25-34 and about 6% of those millennials are considered newcomers. Access to bars is a bit limited here, with that factor scoring a C. Access to coffee shops scored an A however, and access to restaurants scored a B+. As for the cost of living, Plainsboro Center is a little pricier, with that component scoring a C-. The unemployment rate is a dramatically low 2.1%.

Rounding Out The Top 5
Coming in fourth place in the Niche ranking is Riverdale, NJ. This suburb got straight A’s when it comes to bars, restaurants and coffee shops, and earned an A- when it comes to crime and safety. The unemployment rate was a bit high at 5.5% and the cost of living grade is a D. Residents age 25-34 make up 21.5% of the population and 7.2% of those millennials are considered newcomers.

In fifth place is Jersey City, with 22.5% of residents age 25-34 and 3.2% of those millennials considered newcomers. Access to bars, restaurants and coffee shops earned an A, A- and A, respectively. Cost of living didn’t fare as well, with Jersey City earning a D. Crime and safety in Jersey City could also stand to improve with a grade of C+. The unemployment rate is 7.2%.