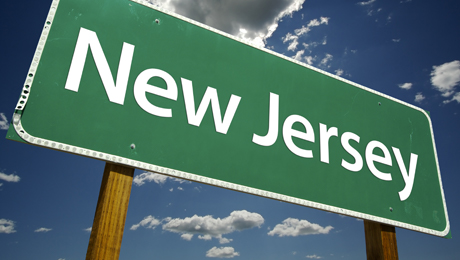 Like many of its Northeast neighbors New Jersey is among the wealthiest states in the US. According to US Census Data median household income in 2014 was $72,062, the highest in the country. The state is densely populated though fairly small in geographic size, with much of its population living near economically prosperous cities such as New York City, Philadelphia, and Trenton, or along the coast of the Atlantic Ocean in some of the country’s most popular beach towns.

The list of the 10 New Jersey Counties with the highest per capita income includes popular vacation destinations, suburbs of major metropolitan areas, and highly desirable communities across the state:

1. Hunterdon
In the western part of New Jersey this county includes the quaint towns of Frenchtown, Lambertville, and Lebanon. The Delaware River spans the border between Hunterdon County and Bucks County in Pennsylvania.

2. Morris
Located about 25 miles west of New York City, Morris County has many residents who commute to jobs in the city. The county is also an economic hot spot in its own right, with cities such as Parsippany and Troy home to many large employers.

3. Somerset
Somerset County is included in the New York Metropolitan Area and many of its cities and towns are considered suburbs of the city. Some of these include Franklin, Bridgewater, and Hillsborough.

5. Monmouth
This coastal county includes a beautiful stretch of the New Jersey Shore. Here you’ll find many beach towns such as Long Branch, Monmouth Beach, and Sea Bright as well as larger places like Howell and Marlboro just inland.

6. Mercer
Home to the state capital of Trenton, Mercer is located in the western part of the state, close to Philadelphia, Pennsylvania. In addition to Trenton, some of the most populous towns include Hamilton, Ewing, and Princeton.

7. Sussex
The northernmost New Jersey county, Sussex is also included in the New York City Metropolitan Area. It includes both suburban towns popular among commuters as well as a significant amount of rural and natural areas featuring mountains, valleys, and rivers.

8. Burlington
In the Delaware Valley area of the state, Burlington spans the width of New Jersey from the Delaware River to the west to tidal waters of the Atlantic to the east. Evesham, Mount Laurel, and Willingboro are among the sought after towns here.

9. Union
Not far from New York City, Union is one of the smaller NJ counties geographically. The towns of Elizabeth and Linden border the Hudson River, while on the western end of the county Scotch Plains and Berkeley Heights are rich in history and small town charm.

10. Cape May
Another coastal county, Cape May is situated in the southernmost part of the state. Home to popular beach towns such as Ocean City, Wildwood, Avalon, and Stone Harbor, the population increases dramatically during the summer months as vacationers and second home owners flock to the shore.

Whether you’re looking for a convenient commute to the big city, a family friendly tree lined street, a cabin in the mountains, or a beach house with easy access to the ocean, you’ll find amazing places to live within New Jersey’s wealthiest counties.