The Impact of Tax Reform on Mortgage Deductions 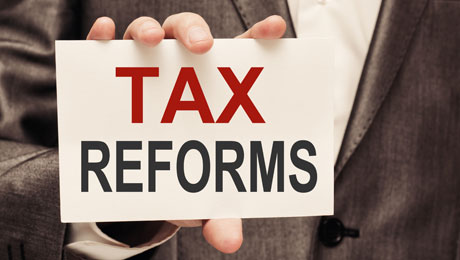 As the United States Senate and House of Representatives continue to work on the issue of tax reform many homeowners and potential home buyers, as well as those in the real estate and mortgage industries, are paying close attention to the fate of the mortgage interest deduction.
Current tax code specifies that homeowners who itemize their deductions can deduct the interest paid on the mortgages for their first and second homes, for up to the first $1 million of the loan.

In most of the various iterations of the tax reform bills currently before congress this would change. The Tax Cuts and Jobs Act passed by the House would reduce the $1 million cap down to $500,000 and eliminate the deduction for second homes. Though the majority of mortgage loans fall below $500,000, many homeowners would still be impacted by this reduction.

The version of the bill produced in the Senate maintains the current $1 million threshold.

House and Senate Republicans are working to come together on a compromise between the two bills that addresses this and the many additional differences between them, that they hope can pass and be signed into law. On Wednesday, December 13th, 2017 CNN reported details about some tentative agreements, according to aides to the lawmakers, which reveals one possible outcome for the mortgage interest deduction debate. The two sides have reportedly agreed to meet in the middle, and set the cap at $750,000.

Some in the real estate industry have concerns that any reduction could impact home sales in the higher tiers of the market. National Association of Realtors economist, Lawrence Yun was quoted by Bankrate as saying, “Our major concern is less incentive to buy a home, which could mean lower homeownership rates in America.”

Proponents of the changes cite increases to the standard deduction, indicating that many homeowners will benefit and have the amount they can’t deduct for mortgage insurance offset. They also point to a simplified tax process as another plus for those who no longer need to itemize deductions.

Though it has received the most attention, the mortgage interest deduction is not the only housing related expense that might be impacted by the pending legislation. Additional proposed changes include:

Republicans have set a self-imposed deadline to pass a tax reform bill by the end of 2017, so it will likely not be long before we see which of these changes impacting homeowners become law.