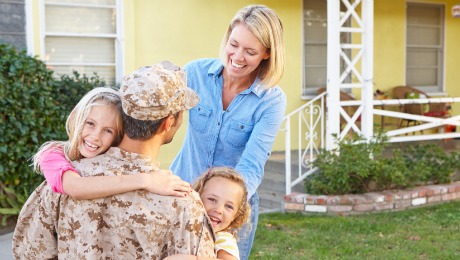 One of the most disturbing aspects concerning the nation’s homeless population is the fact that approximately 1 in 4 are military veterans. Fortunately, the Veterans Administration and the Department of Housing and Urban Development are teaming up to help provide additional housing assistance to homeless veterans.

A program was established in 2009 to give homeless U.S. veterans access to housing. Known as the HUD-VASH program, it is run jointly by the VA and the U.S. Department of Housing and Urban Development. Since it began, Congress has appropriated $350 million to the program, which has in turn handed housing vouchers to over than 47,000 veterans and their families.

In late August, it was announced that an additional $7.8 million has been set aside to provide health services and housing for 1,120 additional homeless vets. This is the second round of monies designated and one more round is expected before 2014. Also in May, the agencies announced they would make available another $60 million in HUD-VASH vouchers.

The funding cited in the August announcement is part of a $75 million appropriation made earlier this year. The funds also help in cities where VA medical centers are located and provide more assistance for local public housing authorities that have substantial numbers of homeless veterans.

How the Program Works

To be referred to the HUD-VASH program and receive a housing voucher, several factors are examined. The most significant are how long an individual has been homeless and how great their needs are for outside support. Many vets are estranged from their families due to mental health and substance abuse problems, which gives them no where to turn. In addition to housing vouchers, the program also gives vets access to comprehensive case management. According to HUD, “Veterans participating in the HUD-VASH program rent privately owned housing and generally contribute no more than 30 percent of their income toward rent.”

How the Numbers Have Changed

In January of 2012, HUD’s analysts predicted that since January 2011, homelessness among U.S. veterans dropped by 7.2 percent, and by 17.2 percent since January 2009. While this is certainly progress, it should be noted that on a single night in January 2012, that would mean 62,619 veterans were still homeless.

Goals for the Future

The Obama Administration has been vocal in its commitment to end both veteran and long-term chronic homelessness by 2015. In addition to providing health services and housing vouchers, the program also seeks to identify and stamp out the root causes of homelessness.

Facts on  Veterans and Homelessness

According to the National Coalition for Homeless Veterans (NCHV), veterans make up 34 percent of the country’s adult male population. Among the veterans who are homeless, 47 percent are Vietnam veterans and 76 percent of them have health, mental health, and substance abuse problems. Unfortunately, statistics show that the problem is worse among minority and senior veterans.

Other information from NCHV reveals that, “America’s homeless veterans have served in World War II, the Korean War, Cold War, Vietnam War, Grenada, Panama, Lebanon, Persian Gulf War, Afghanistan and Iraq (OEF/OIF), and the military’s anti-drug cultivation efforts in South America. Nearly half of homeless veterans served during the Vietnam era. Two-thirds served our country for at least three years, and one-third were stationed in a war zone.”

As if those figures were not shocking enough, it is also estimated that close to 1.4 million more vets share a combination of factors that put them at high risk for homelessness.

In April, a research report entitled, The State of Homelessness in America, revealed that among the 50 states, Minnesota has the lowest number of homeless vets. The District of Columbia, Hawaii, and Wyoming are three states with some of the highest numbers of homeless veterans. However, the report did acknowledge that in 2012, nationally, there was a 7 percent decrease in veteran homelessness with 32 states reporting decreases in veteran homelessness.